Posted by NW Croatia on Tuesday, March 25, 2014 Under: Anette Olzon 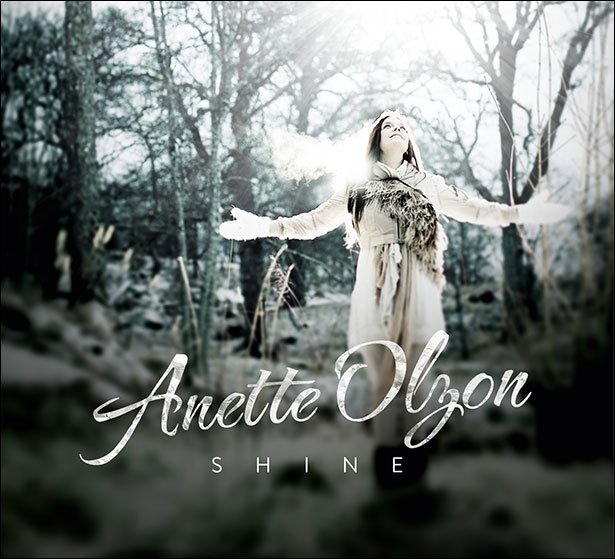 Anette Olzon, former singer of Nightwish, will soon release her first album entitled "Shine". We got a chance to listen to the album before its release, so we decided to do a review. Although she was in a heavy metal band, Anette has chosen a lighter rock sound. Anette worked on a material for her solo album ever since 2009, when she was still in Nightwish.

The album starts slowly with a song that we've heard before, "Like A Show Inside My Head". Simple text and melody fit well with distinctive soft vocals. The album continues with the title track "Shine". A heavier song than the previous one, where the drums and guitars with a powerful chorus show real Swedish rock. Perhaps this song could have been even better if Anette sang it in a duet with someone. After this song there's another, previously known song, "Floating", or how Anette once called it the circus song. Not much different than the demo version. Another slower song on the album with a catchy chorus, followed by her divorce song "Lies" - the first single for which Anette recorded a music video, directed by Patric Ullaeus of Revolver Film Company. Another heavier song with nordic touch, one of the highlights of the album. The song "Invincible" Anette wrote for her son. Sensual and slow song that we also heard before. Also, not much different from the demo version.